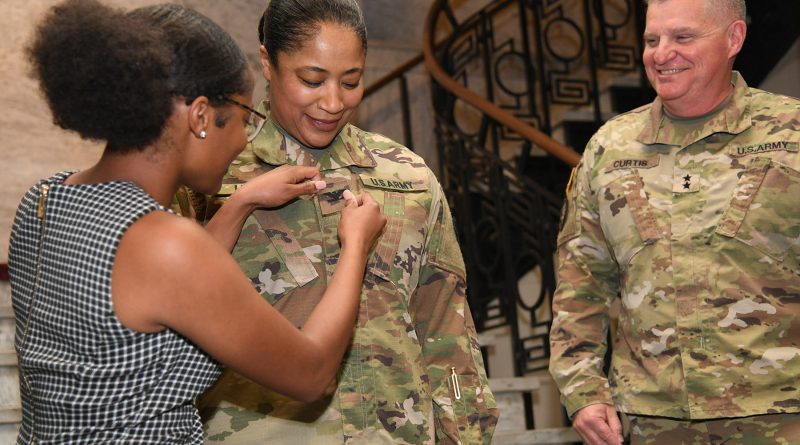 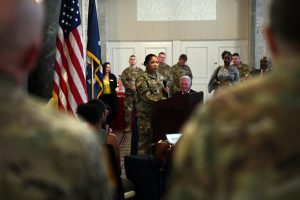 NEW ORLEANS – Alexandria native Katrina Lloyd made history when she became the second African-American woman to be promoted to the rank of colonel by the Louisiana National Guard, April 12.

Lloyd was joined by her family, friends, fellow Guardsmen and city and state officials to commemorate the occasion at the Bentley Hotel in Alexandria. Mayor Jeff Hall signed a proclamation declaring April 12 as ‘Col. Katrina E. Lloyd Day’ in Alexandria in honor of the achievement.

After serving as an enlisted Guardsman for 10 years and achieving the rank of sergeant, Lloyd commissioned as a second lieutenant in 1996. Throughout her career, she has held several key leadership positions, including chief clinical nurse and deputy commander of clinical and administrative services. Of officers who commissioned in 1996, only two percent have made it to the rank of colonel.

“It’s pretty powerful when you look at the support I’ve had from Soldiers all around,” said Lloyd. “It makes you take a step back and say ‘ok God, I must be doing something right’. You don’t think doors open, but when they do you have to be prepared to walk through them.” 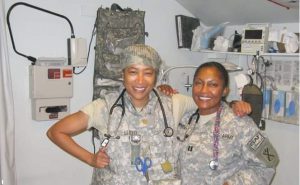 This isn’t the first time Lloyd has made history. Before assuming her current role as LANG State Surgeon, she held the positions of battalion commander of the Louisiana Medical Detachment, the full-time State Surgeon – Army for the LANG, and the Louisiana Medical Detachment Administrative Officer. She is the first woman and African-American to hold any of these positions and the first Soldier to hold all three simultaneously.

“I met Col. Lloyd back when she was a major in our medical command,” said Maj. Gen. Glenn H. Curtis, adjutant general of the LANG. “I immediately saw the talent she has to see clearly into the future, the things that needed to happen. She had the drive, direction and focus to move methodically through those actions to be at the medical stance we are at today, and that is mostly attributable to her.”

The 2,220 women of the LANG make up over 22% percent of the LANG’s total force. These women are trailblazing new paths in the armed forces every day, and in Lloyd’s case, achieving new heights and paving the way for future generations of female Soldiers.

“Always be prepared and ready,” she said addressing younger Soldiers looking to follow in her footsteps. “Never make somebody wait on you when the door opens to advance in your career.” 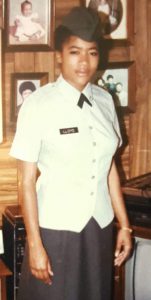 month, where she and other women who served in the military were asked various questions from former and current female service members and local JROTC cadets about their experiences in the service.

“My grandfather had a farm, and every time an animal was sick or something I was there in the middle of it trying to help,” said Lloyd. “I think what really pushed me was watching my grandmother take care of my grandfather when he was sick. He didn’t trust the medical community to take proper care of him.”

Lloyd graduated from Grambling State University in 1995 with a Bachelor of Science in Nursing.  She received her Master of Science in Nursing as a Family Nurse Practitioner in 2001 from Northwestern State University of Louisiana and is set to earn a second Masters in Strategic Studies from the Army War College in July of this year. She has served as a Clinical Preceptor for NSULA since 2007 and Adjunct Faculty for the Nurse Practitioner program since 2012. In her spare time, she also works at an urgent care facility. 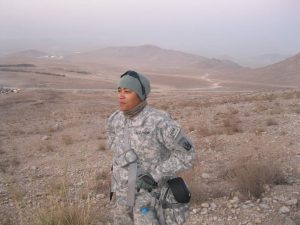 Her professional and social affiliations include: Former Board Member with active associations in both the Louisiana Association of Nurse Practitioners and the American Academy of Nurse Practitioners, Rapides Parish Civil Service Board Member, 2015-2017, active memberships in National Guard Association of the United States, Life Member of the Enlisted Association of the National Guard of the United States, Alpha Kappa Alpha Sorority, Inc., The Links, Inc., Northwestern State University Alumni Association, and Life Member of the Grambling State University Alumni Association.