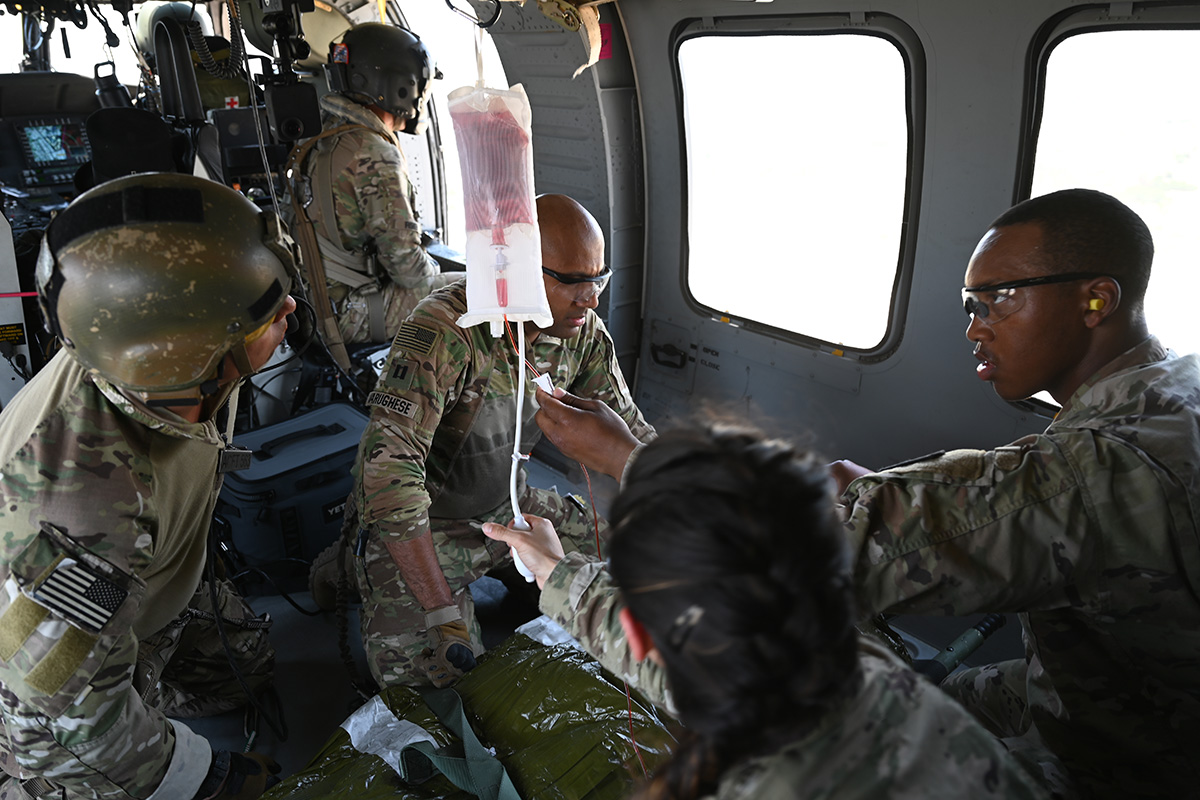 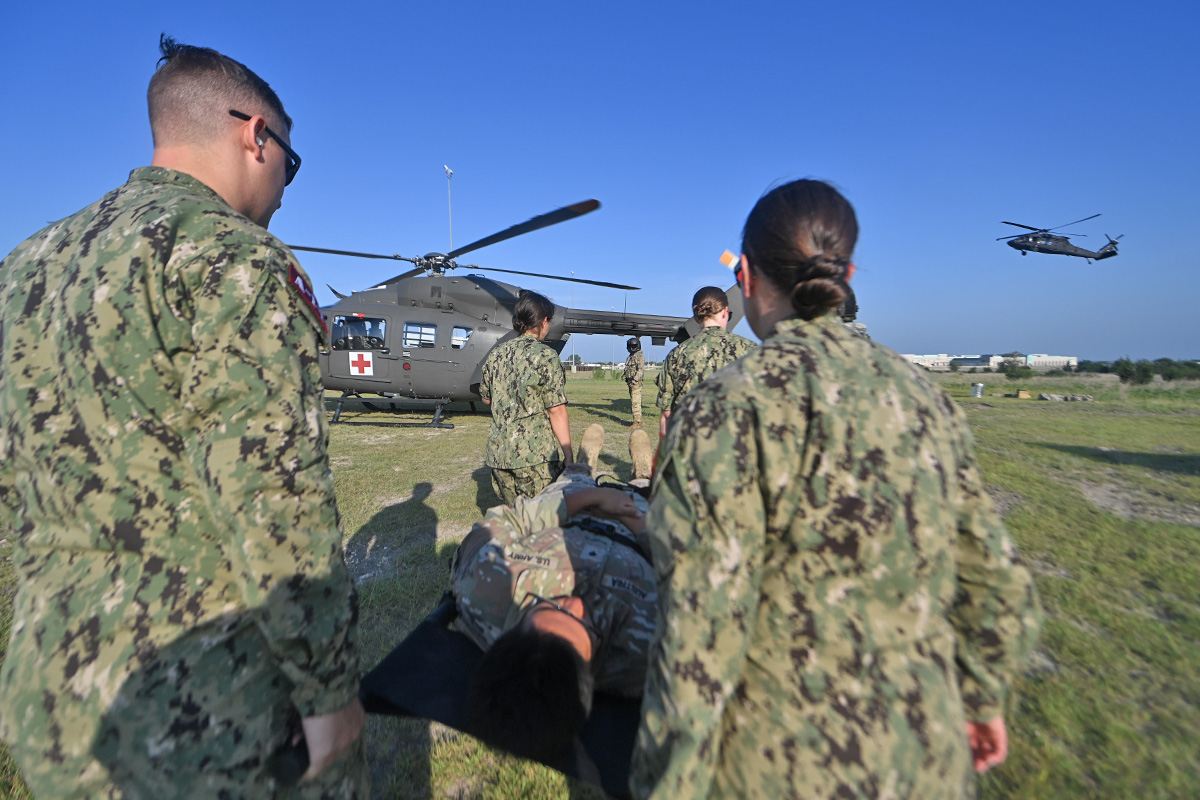 The LANG State Aviation Command sent three helicopters and crews to include two flight medics to Fort Hood to participate in this year’s JEMX. 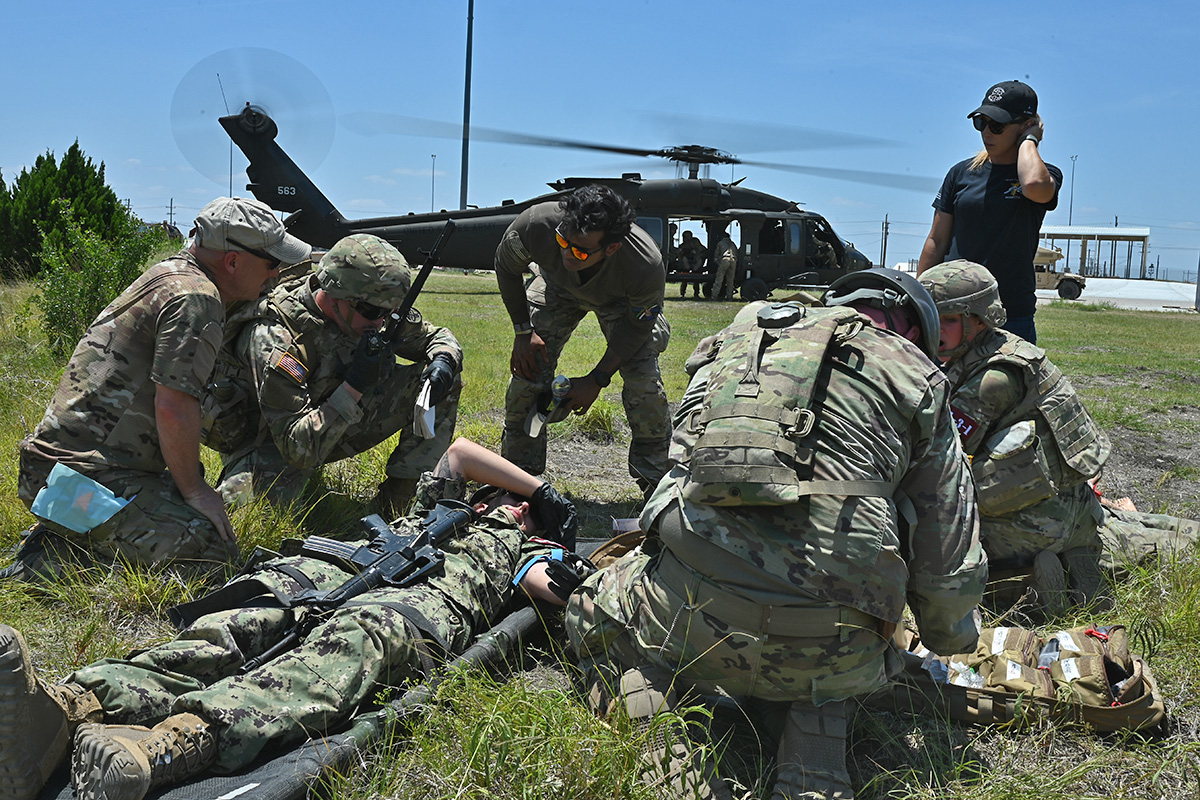 casualty for transport to the Forward Resuscitative Surgical Team location. Chief Warrant Officer 4 Ryan Wilson with the 1-244th, an experienced MEDEVAC combat pilot veteran, said working with the CRDAMC team and flight medics for the 160th Special Operations Aviation Regiment allowed his crews to be certified on their mission essential task list (METL) to stay current as an Army aviator.

“This training for the medical learners may be the first time that some of them are around a military helicopter, so teaching the proper procedures to load and unload litters with casualties is essential to mission success,” Wilson said. “Providing the most realistic training possible for the participants will help them to make split second decisions that could save a life.” 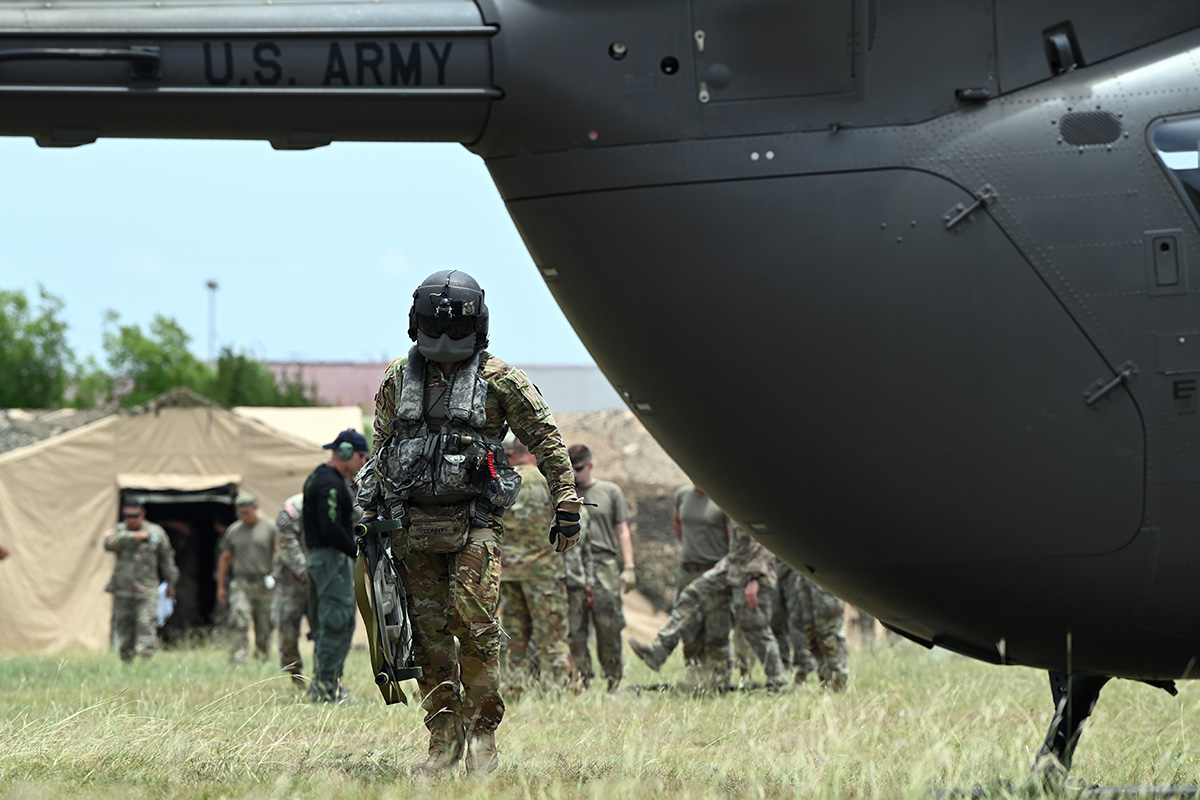 The aerial training began Jun. 7 with 150 medical learners practicing cold and hot load litters onto a UH-60 Black Hawk helicopter and a LUH-72 Lakota helicopter, completing 35 iterations of medical evacuations over the next two days.

“Without the ability to exercise real-time helicopter evacuations directly from the point of injury, it would not have the same caliber of training for our learners,” said Officer in Charge Lt. Col. Guyon Hill, an emergency physician at CRDAMC. “The professionalism of the air crew to train this many personnel safely and provide realistic combat simulation is invaluable.”

One of the medics was 20-year veteran Sgt. 1st 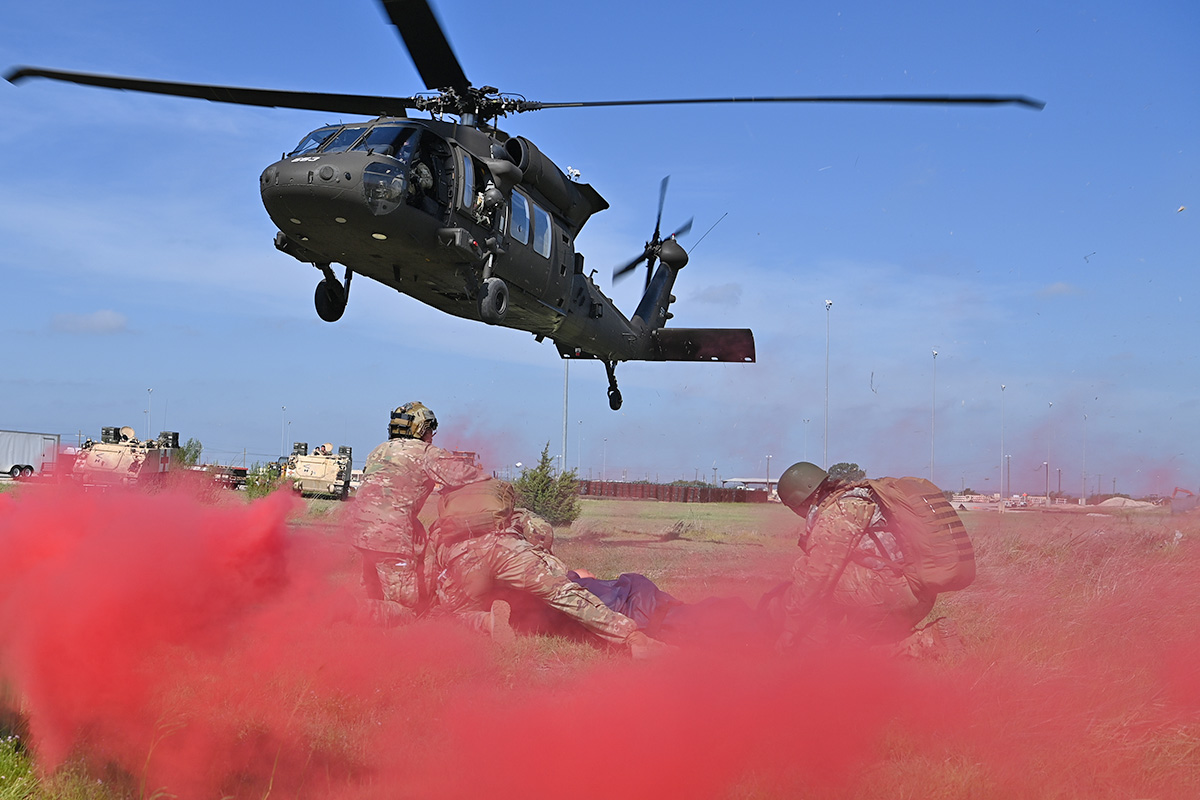 Class Kurt Hogan, flight medic Detachment 1, D Company, 2-151 Aviation Regiment. Hogan had the opportunity to participate in other parts of medical training while at Fort Hood. “You never know when you’re going to be needed,” Hogan said. “When it’s thrown upon you, it really brings out your training and forces you to act in the moment to better the care for the patient. We don’t know when, where, how, or whether you’re in uniform or out of uniform.”