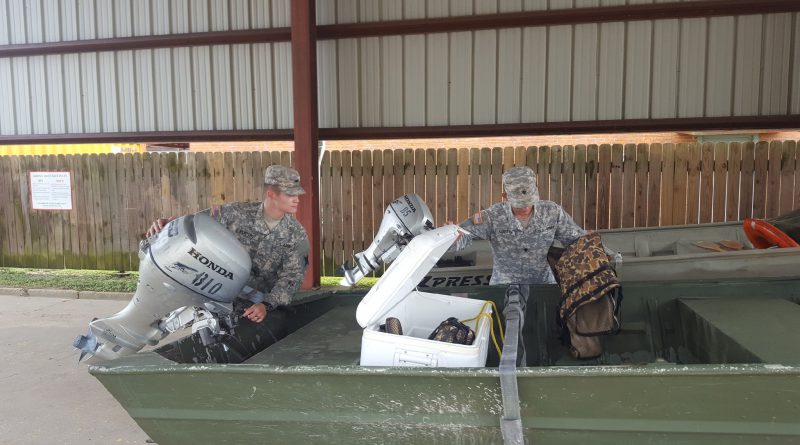 NEW ORLEANS – The Louisiana National Guard began staging equipment and supplies across the state in preparation for Tropical Storm Cindy, June 20. Approximately 100 high-water vehicles and 33 boats have been staged in 14 parishes.

“The men and women of the Louisiana National Guard are ready to provide support to our neighbors around the state,” said Maj. Gen. Glenn H. Curtis, the adjutant general of the LANG. “By having the equipment forward, we can respond to immediate requests quickly to save lives and get people out of harm’s way .”

In addition to the pre-staged equipment, the LANG has more than 200 additional high-water vehicles and 50 boats are available and ready if needed.

The State Aviation Command, headquartered in Hammond, have a total of four helicopters with crews on 24-hour alert, ready to deploy from Esler Field in Pineville and Hammond.

The 139th Regional Support Group, headquartered in New Orleans, staged a total of 24 tractors with trailers at Camp Beauregard in Pineville and Camp Villere in Slidell in preparation for commodities distribution.