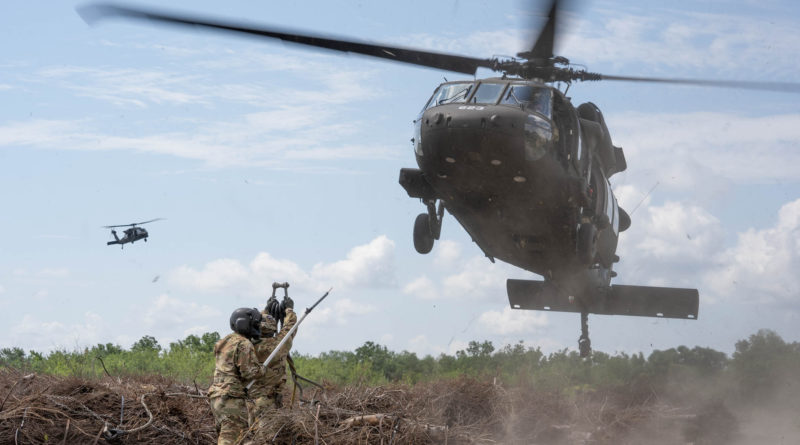 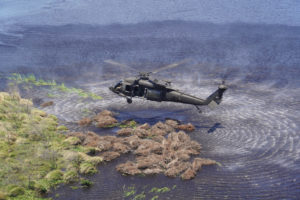 During the operation, LANG aviators hooked up and dropped bundles of recycled Christmas trees, provided by Orleans Parish residents, into key areas to rebuild marshland in Bayou Sauvage, which is the second largest urban wildlife refuge in the U.S. This process creates new marsh habitats by building structures that can support native marsh grasses, which traps and holds sediment, creating more land and stable environments for wildlife.

“If it was not for the Louisiana National Guard, we would not be able to do this project,” said Shelley Stiaes, refuge manager for Bayou 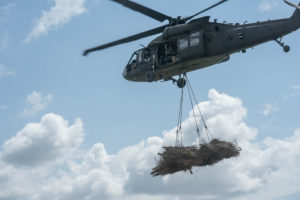 Sauvage National Wildlife Refuge. “It is very labor intensive, and the National Guard does all the heavy lifting for us.”

The project has re-established nearly 200 acres of wetlands within Bayou Sauvage over the last 26 years. The project was put on hold during 2020 due to COVID-19 but returned this year with the emplacement of approximately 4,200 Christmas trees.

Stiaes said that in addition to creating a wildlife habitat, rebuilding eroded marshlands in the area is important because they act as wave breaks that protect against New Orleans East flooding from storm surges during hurricanes. She also said that the operation would not be possible if not for the thousands of New Orleans residents who participate by donating their Christmas trees. 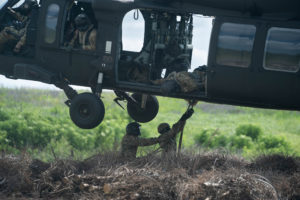 This year, the trees will be used to reconnect islands that were torn apart by storm surges.

“This is the first layer of protection,” said Ramsey J. Green, the deputy chief administration officer for infrastructure with the city of New Orleans. “The way New Orleans is protected is through its coastal wetlands first, then the levees second and then finally by our infrastructure on the interior of the city: pump stations, power systems, the sewage and water board and our drain lines.”

For the LANG, participation in the project is a way to train on sling load operations, which prepares soldiers to respond in emergency operations to evacuate people safely and effectively. 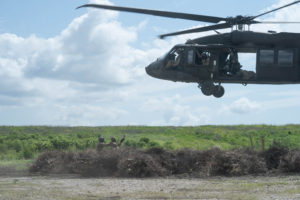 charge of the operation. “It’s also a great way to get involved with the community that we are a part of and, at the end of the day, do something great for the environment.”