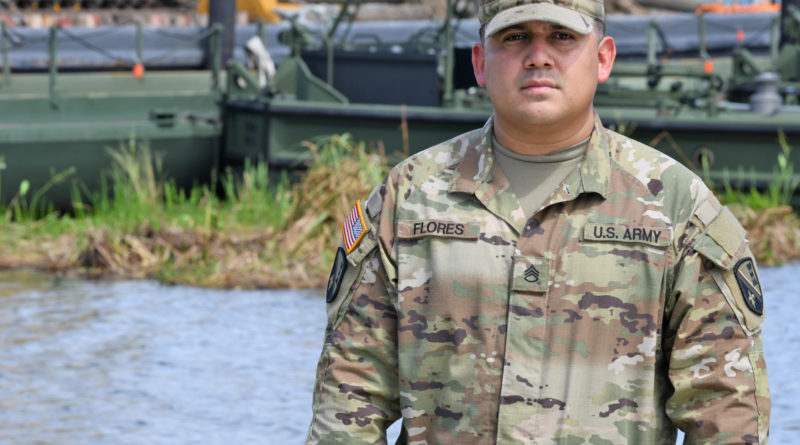 NEW ORLEANS – Sept. 15th – Oct. 15th is National Hispanic Heritage Month and the Louisiana National Guard (LANG) is making a special effort to recognize the Hispanic Soldiers and Airmen in their ranks. The contributions of these Guardsmen assist in making our communities, state and country a better, safer place to live. 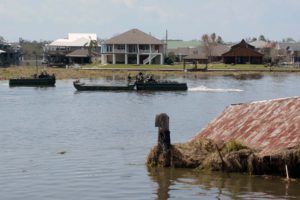 Staff Sgt. Jose Flores, a Marrero resident originally from Honduras, is currently the supply sergeant for the 2225th Multi Role Bridge Company (MRBC), 205th Engineer Battalion, 225th Engineer Brigade. He is responsible for ensuring the company has all the supplies and materials needed to successfully execute missions.

Flores was born and raised in Honduras and came to the U.S. for better education opportunities. He said he initially joined the LANG in 2009 to help pay for school while he studied for his Bachelor of Science degree in civil engineering from the University of New Orleans, which he earned in 2012.

Since he’s been with the MRBC, Flores has reacted to nearly every emergency response event in Louisiana since 2010 including: The Deepwater Horizon oil spill, multiple floods throughout the state in 2016 and the ongoing response after Hurricane Ida. The unit’s Improved Ribbon Bridge is used in these responses to transport necessary equipment and supplies to areas that would have been otherwise inaccessible.

Flores said that he has felt joy every time he had the opportunity to assemble a bridge knowing the enormous impact it would make.

When asked about his most memorable experience with the LANG, Flores was quick to respond with a significant milestone in his life that he was able to share with his unit during their 2012 deployment to Afghanistan.

“Becoming a US citizen while I was deployed is something I will never forget.” Flores said, “That was the icing on the cake.”

Flores said that he is grateful for the Guard because it helped him to build a new life and career here in the United States.

“Having a Honduran background and culture has helped me to adapt to the culture in America,” he said. “My skillsets are useful here, and I’m proud of that.”