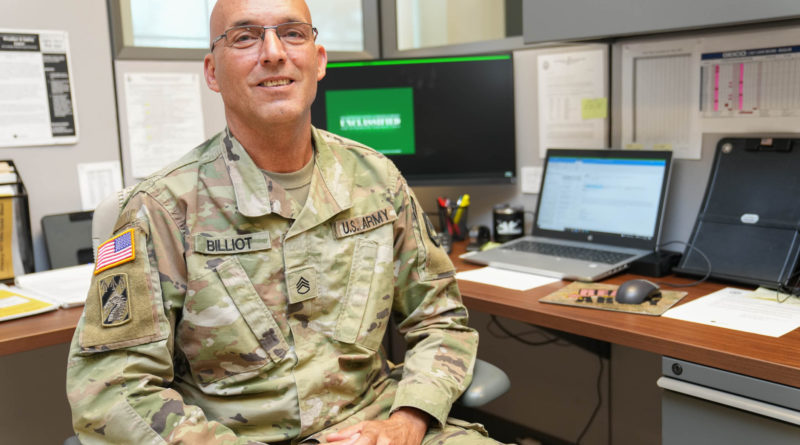 NEW ORLEANS – November is National Native American Heritage Month and the Louisiana National Guard is recognizing Native American service members within its ranks. Native American Guardsmen have contributed to the betterment of the LANG, the state of Louisiana and the country through their dedication to service.

Staff Sgt. Byron Billiot, a Destrehan resident, is a labor relations specialist working in the human resources office at Jackson Barracks in New Orleans. He assists supervisors in managing all matters pertaining to federal technicians and ensures that laws and regulations are followed.

Billiot initially joined the Army in 1988 and served two years before joining the LANG, where he served an additional six years. When his son was born; he took a six-year break from the military before rejoining after the attacks of 9/11. He felt the call to serve again in response to the attacks and missed the camaraderie of his fellow Soldiers. He has served continuously in the LANG ever since for a total of nearly 27 years thus far.

Billiot says the best part about his work is the people he works with and the brotherhood he’s experienced. “I’ve probably served with some of the best non-commissioned officers the Louisiana National Guard has to offer,” he stated.

He says he considers the people he works with to be his family. He derives a great sense of accomplishment from his job in making sure federal technicians are taken care of and are protected.

Billiot has worked nearly every disaster relief response during his time with the LANG, but says his work with Katrina sticks out to him the most.

“I was in the 1-141st Field Artillery at the time,” he said. “A lot of the people in my unit lost everything. Being able to be there for them and to help them rebuild their lives gave me a great sense of accomplishment and pride.”

Billiot is a member of the United Houma Nation and is proud of his culture and the ability to serve in the military.

“It’s nice to look back at what my people have accomplished in spite of what they’ve been through over the years,” he said. “They managed to survive and keep growing.”

When he’s not in uniform, Billiot enjoys camping and salt-water fishing.