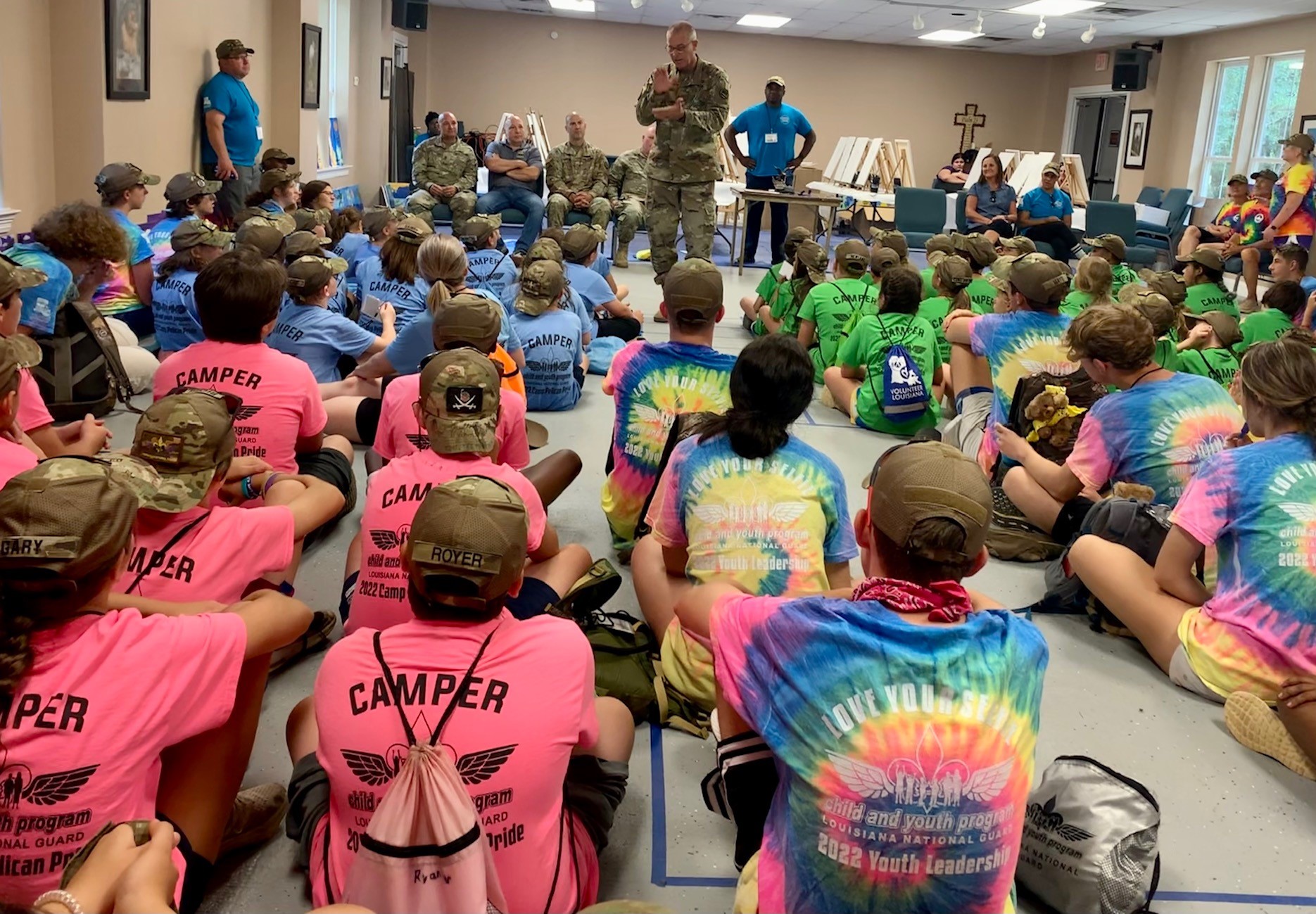 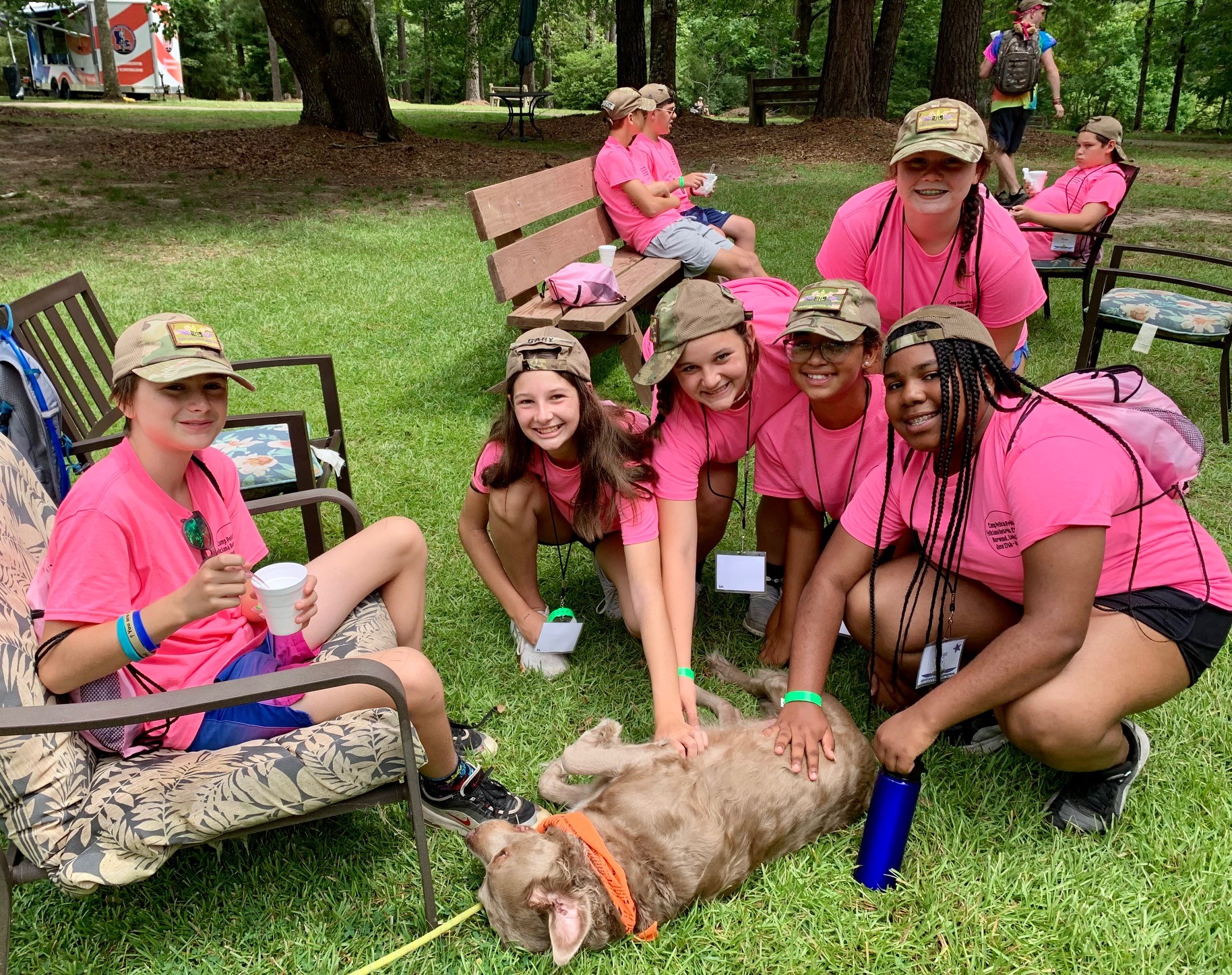 Children and siblings of Louisiana Soldiers and Airmen spent five days each attending the fun, military-style summer camp at the center going through different tracks, such as marching, rock wall climbing, fishing and paddling, and resilience and disaster preparedness training.

The youth, ranging from 8-13 years old, are divided into age-specific platoons with adult leaders, just like a military unit. The week is full of events that teach the youth about the military and what it’s like to be a Louisiana National Guardsmen.

“I see a huge sense of pride and dedication from the campers, and a sense of accomplishment from those kids that have moved up through the years as campers, Junior Support Staff (JSS), and now adult volunteers,” said Command Sgt. Maj. Larry Johnson, director of the Office of 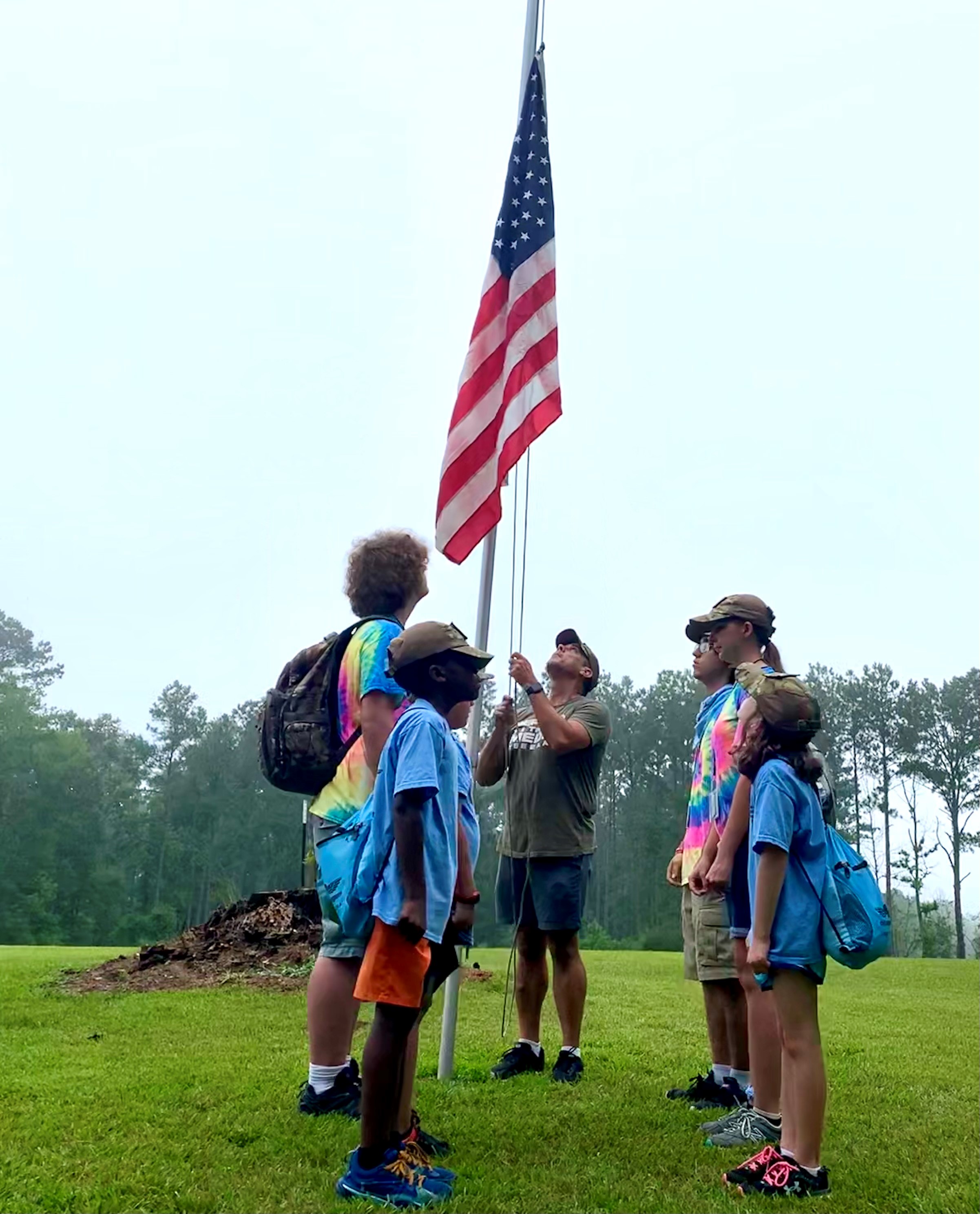 The annual LANG military kid’s camp, often called Kid’s AT, began in 1997 and allows youth to build relationships with other children who understand experiences that are unique to children of service members, both deployed and stateside.

This year, over 100 military youth attended the two camps, and many were recognized each day for their efforts, including the Kindness Award presented by Maj. Gen. Keith Waddell, adjutant general of the LANG, and his wife, Lisa. This award is presented to one camper per platoon each day who was witnessed as going out of their way to assist others. “To all the kids here, your support and your participation means the world to us,” said Waddell.

Many of the adults and teens who volunteer at these camps are former campers who have grown up with each other through the years, including Elizabeth Lloyd, a 15-year-old JSS from New Orleans, who has participated in the camp for 4 years as a camper and came back to help the younger children. 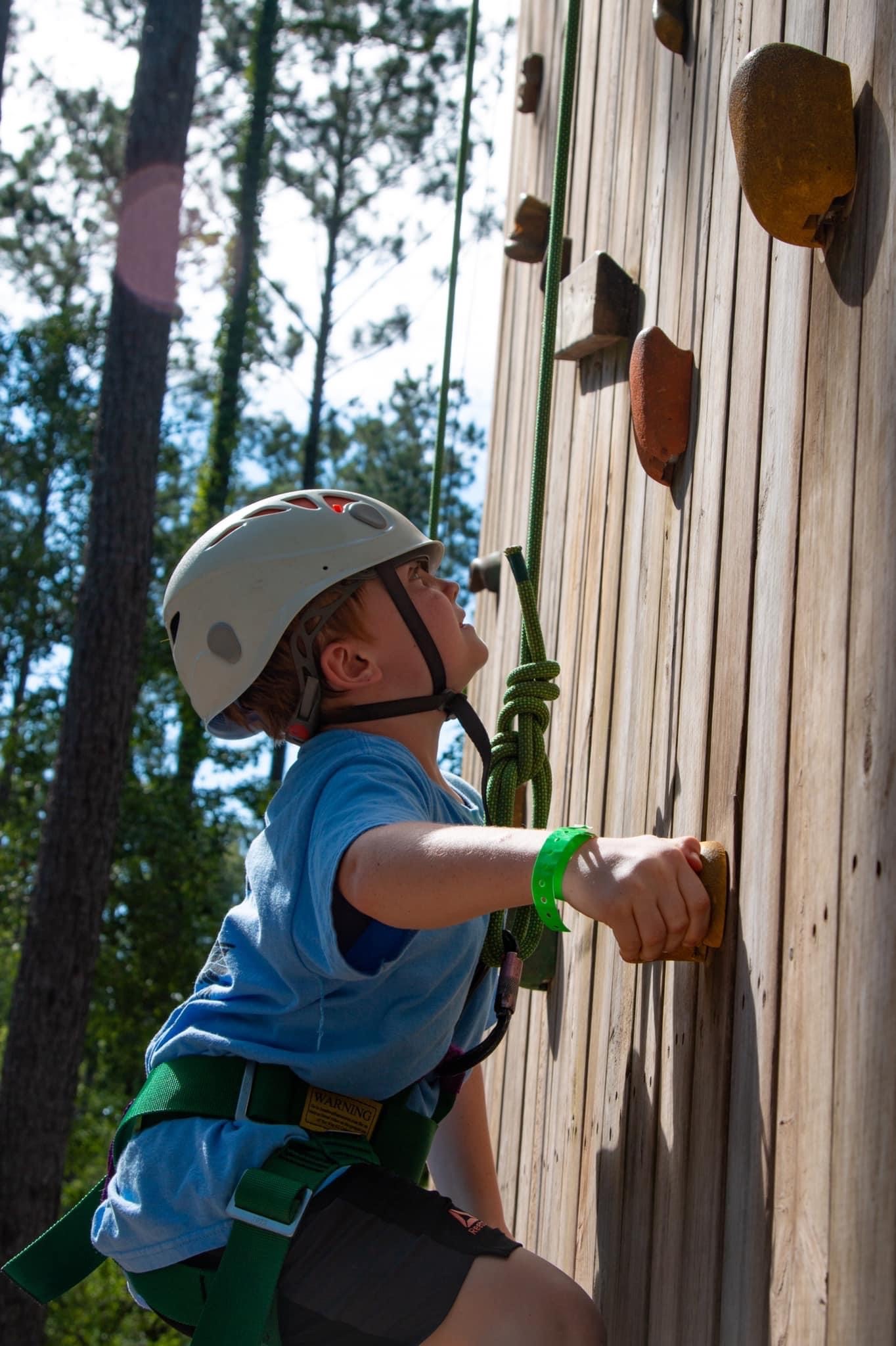 “I had a bunch of JSS role models as a camper through the years and I want to be that person for other kids,” said Lloyd. “The camp is really important for military kids because it offers a lot of resources for mental health … it gives you a lot of people to talk to and relate to.”

Melanie Routt, a wife to a member of the LANG and parent of two campers, volunteered to serve as an adult cadre this year for the first time.

“The kids are loving it! The camp is a well-oiled machine … it seems like everything has been thought out,” said Routt. To the parents of military kids interested in this camp, Routt said, “Your kids are well cared for. All of their needs – physical, emotional, mental – are taken care of.”