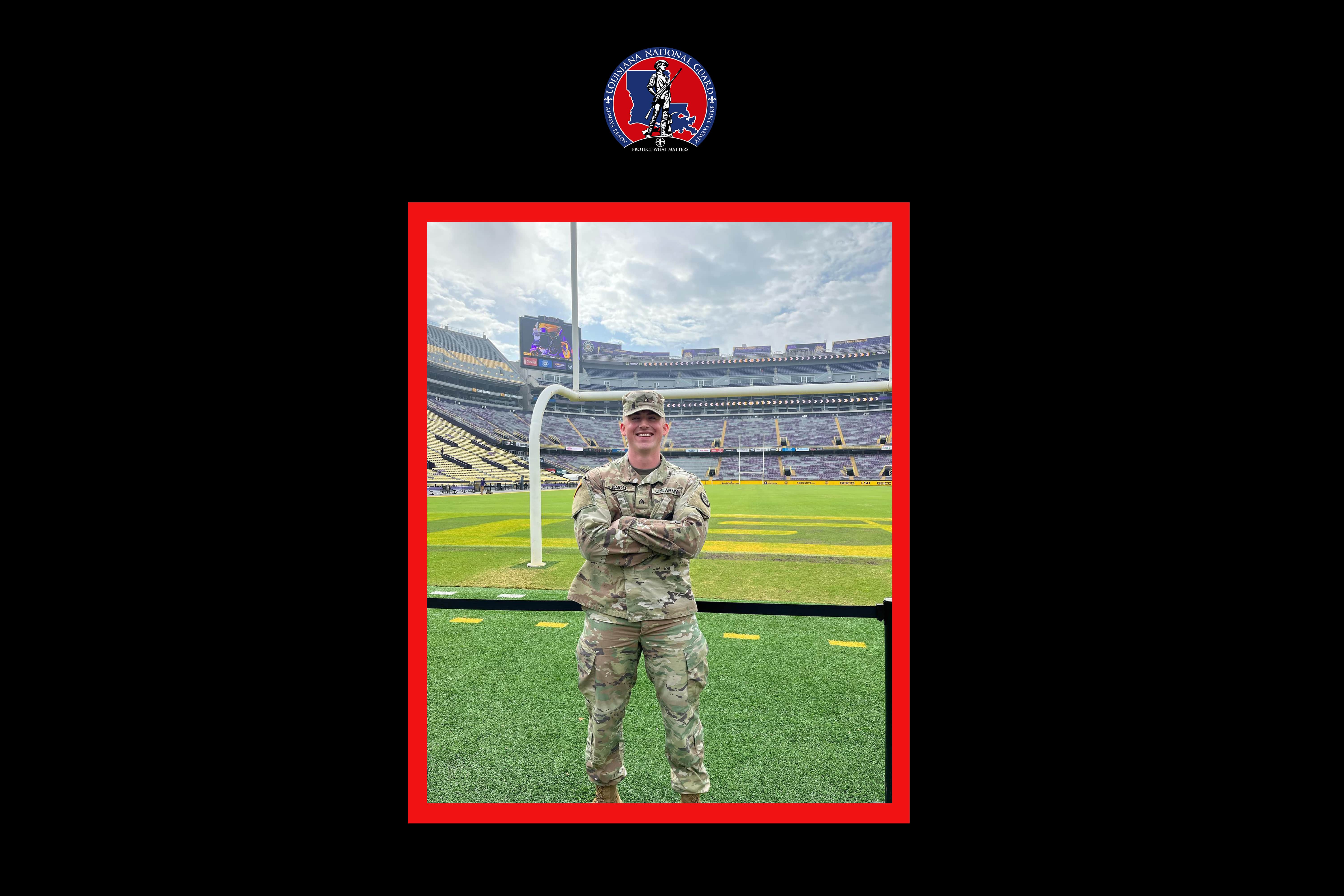 “We are extremely proud of Sgt. Knoll’s accomplishments,” said Col. Marc Prymek, LAARNG Recruiting and Retention commander. “His true talent is helping his applicants understand the value of service and clear life direction while reaping the education, financial, insurance and job skill benefits of the Louisiana National Guard.”

“My favorite part about being a recruiter is that I get to help young men and women find opportunities to achieve their goals while I help our community,” he said. “I enlisted to serve my state and for college tuition benefits, and now I can help others meet their goals.”

Knoll enlisted in 2017 as a military police officer during his second semester of college and made the move to recruiting in Jan. 2021.

“He works harder than anyone I’ve ever worked with,” said Staff Sgt. Joshua Pate, Knoll’s team leader. “One of his best attributes is his no-quit attitude. I hope he stays in recruiting for a long time.”

Knoll primarily works in Shreveport and recruits in the general area of Caddo Parish. As a recruiter, he facilitates almost every step of the process from talking to potential recruits to bringing them to swear into the military.

“I believe I am so successful as a recruiter because of how relatable I am,” said Knoll. “I grew up in the town that I’m recruiting in, and I am extremely passionate about the Louisiana National Guard.”