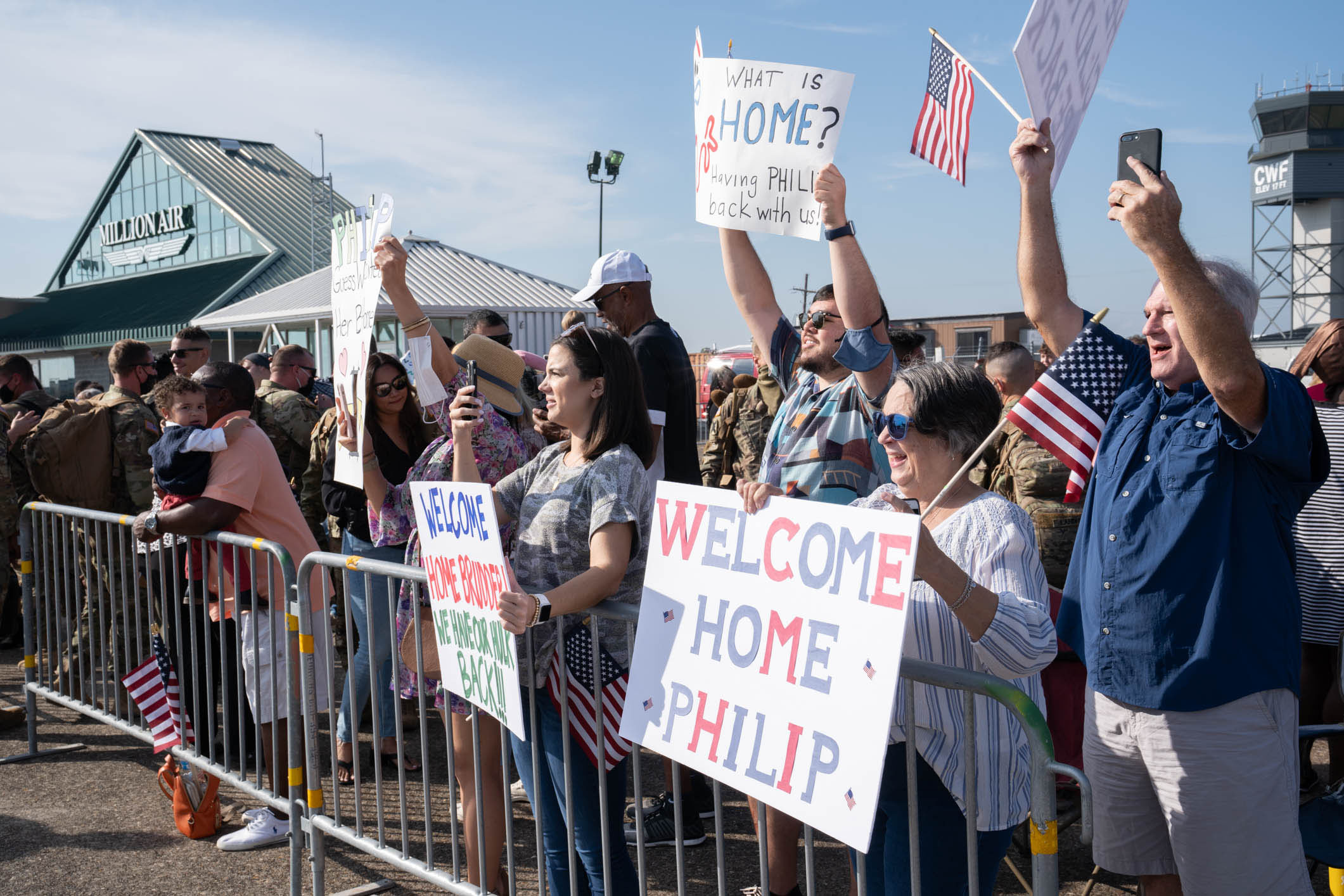 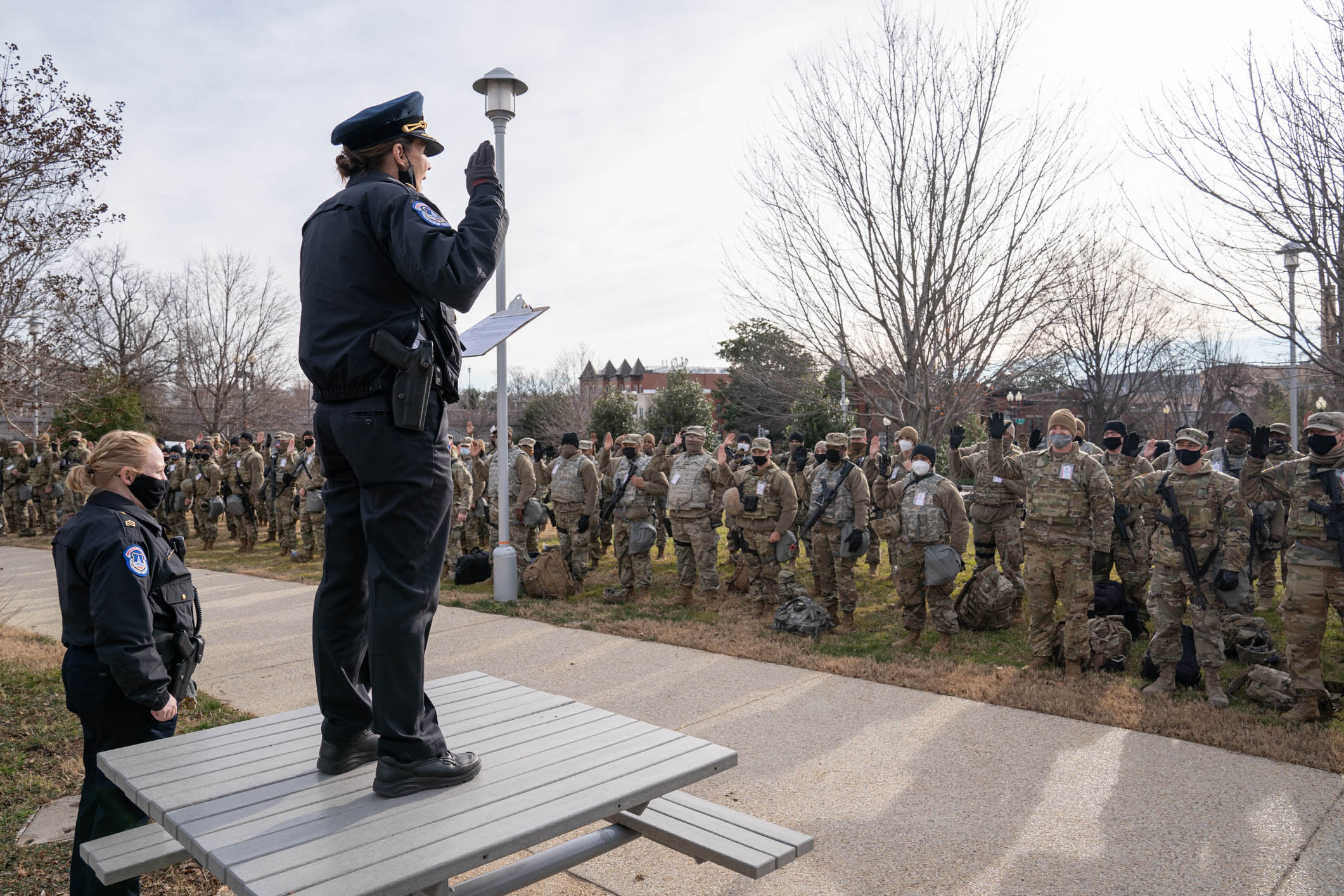 PINEVILLE, La. – The Louisiana National Guard confronted a demanding 2021 with a plethora of challenges and missions both at home and abroad.

Over the course of the year, soldiers and airmen deployed overseas and to other states, responded to multiple emergencies including the ongoing COVID-19 pandemic and participated in a number of significant events.

a safe presidential inauguration. The LANG troops joined National Guard men and women from other states and territories who conducted security, communication and logistical missions in support of federal and D.C. authorities.

“They are proven, prepared, and proud to do their part to ensure a peaceful and safe inauguration of our 46th commander-in-chief,” 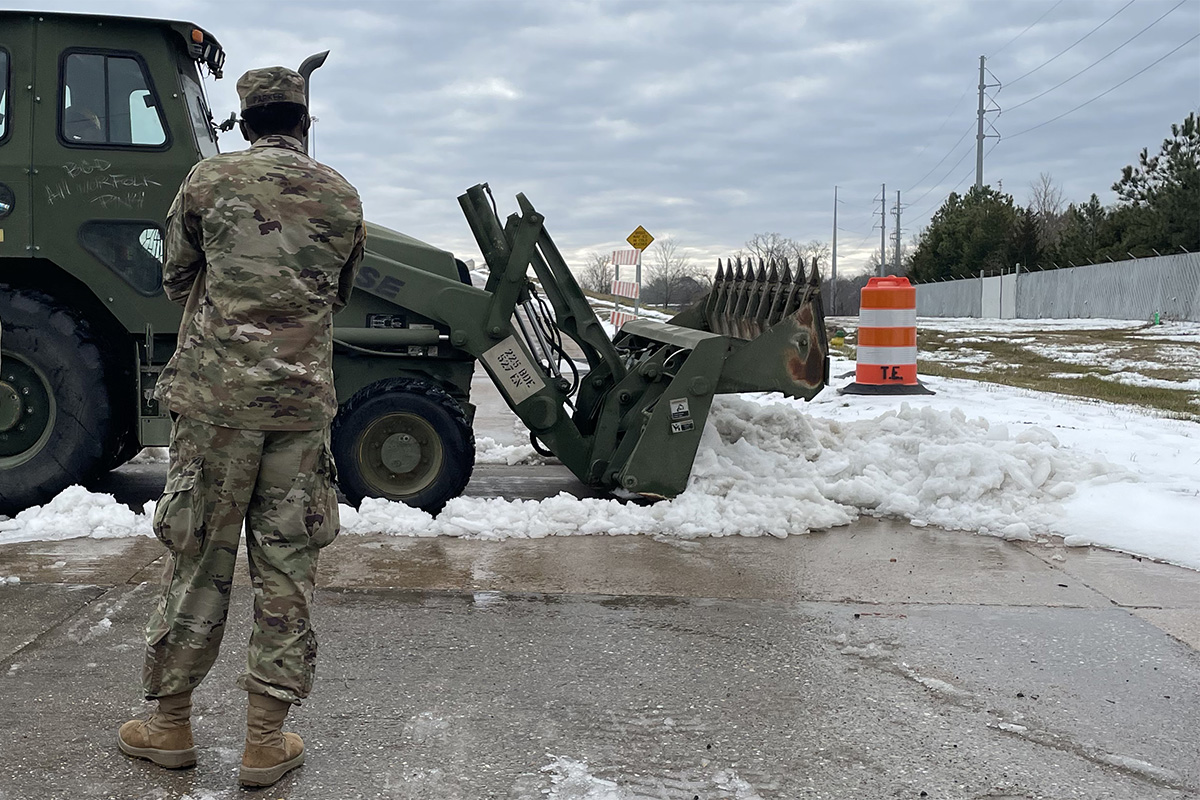 More than 2,400 Guardsmen from multiple brigades, including the 256th Infantry Brigade Combat Team, 225th Engineer Brigade and 139th Regional Support Group, and the Louisiana Air National Guard deployed to the Middle East and the Southwest Border in the past year.

All Guard units play a vital role after disaster strikes, but even with the reduced force, the LANG was still prepared to protect what matters. Over the course of the year, Guardsmen were called to support operations including: logistical support, water distribution, road clearance, debris removal, generator support, construction, commodity distribution, search and rescue, engineering, and aerial reconnaissance.

During the winter storm in February, the Louisiana National Guard activated more than 1,200 Guardsmen to support operations throughout the state by delivering more than 2.1 million gallons of water and 43,356 meals, clearing 223 miles of road and 260 commercial vehicles from the roadways, and providing 14 generators to aid in necessary infrastructure support. 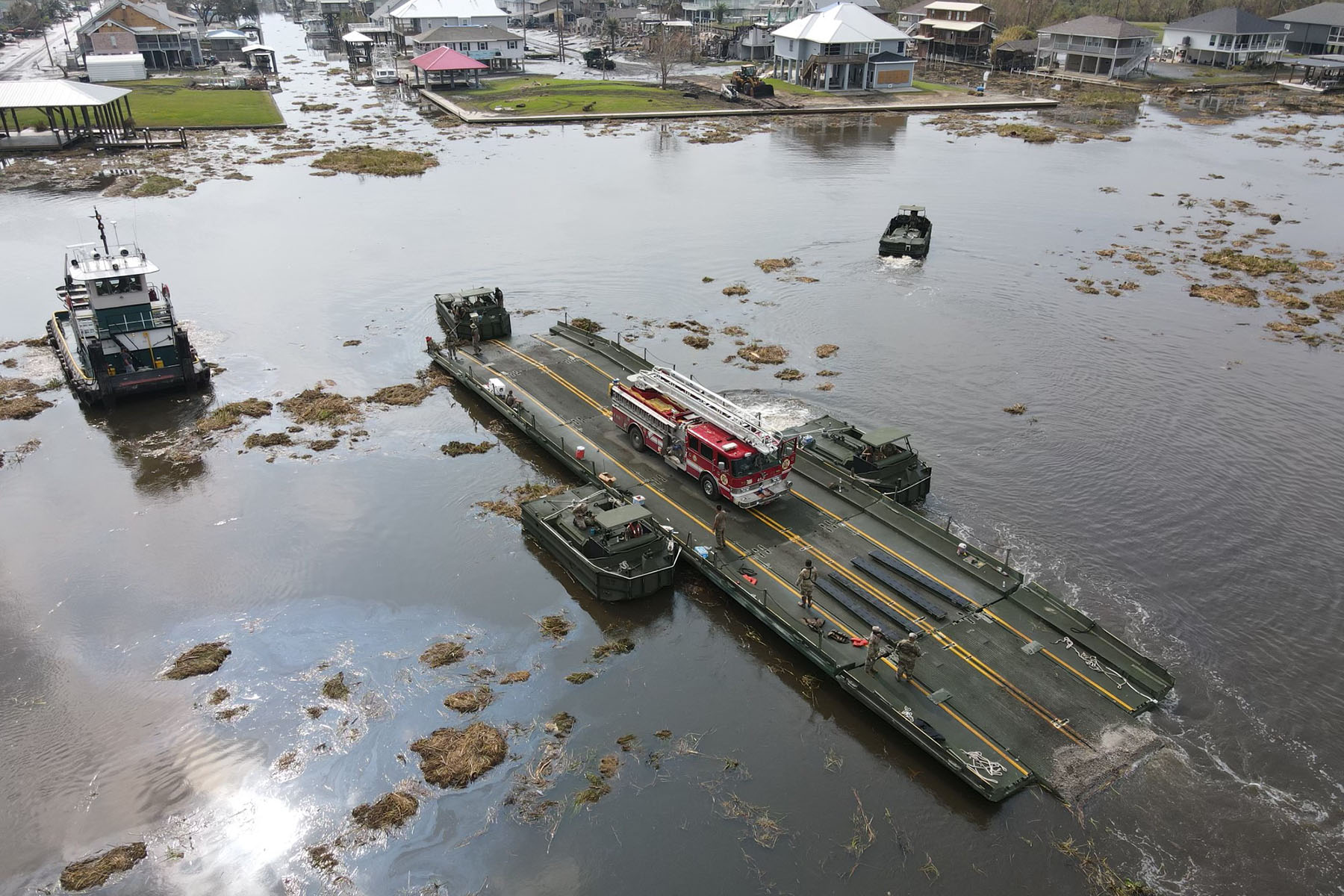 In May, as flooding began in the southwest portion of the state, the LANG had 393 Guardsmen activated to support a variety of missions, including search and rescue, engineering, and aerial reconnaissance … rescuing 25 people and two pets and installing 3,350 feet of Tiger Dam to mitigate flooding.

Hurricane Ida, in particular, called for a massive emergency response effort. Although prepared and ready, the LANG was assisted with support from neighboring states and military components to assist with the demands and needs of the communities. More than 3,000 Guardsman activated from Ala., Alaska, Ark., Fla., Ga., Ill., Kan., Ky., Miss., Mo., N.C., Ohio, Okla., Puerto Rico, S.C., Tenn. and Texas assisted in the aftermath of another devastating hurricane strike. Additionally, nearly 500 active duty service members helped with the massive response effort. 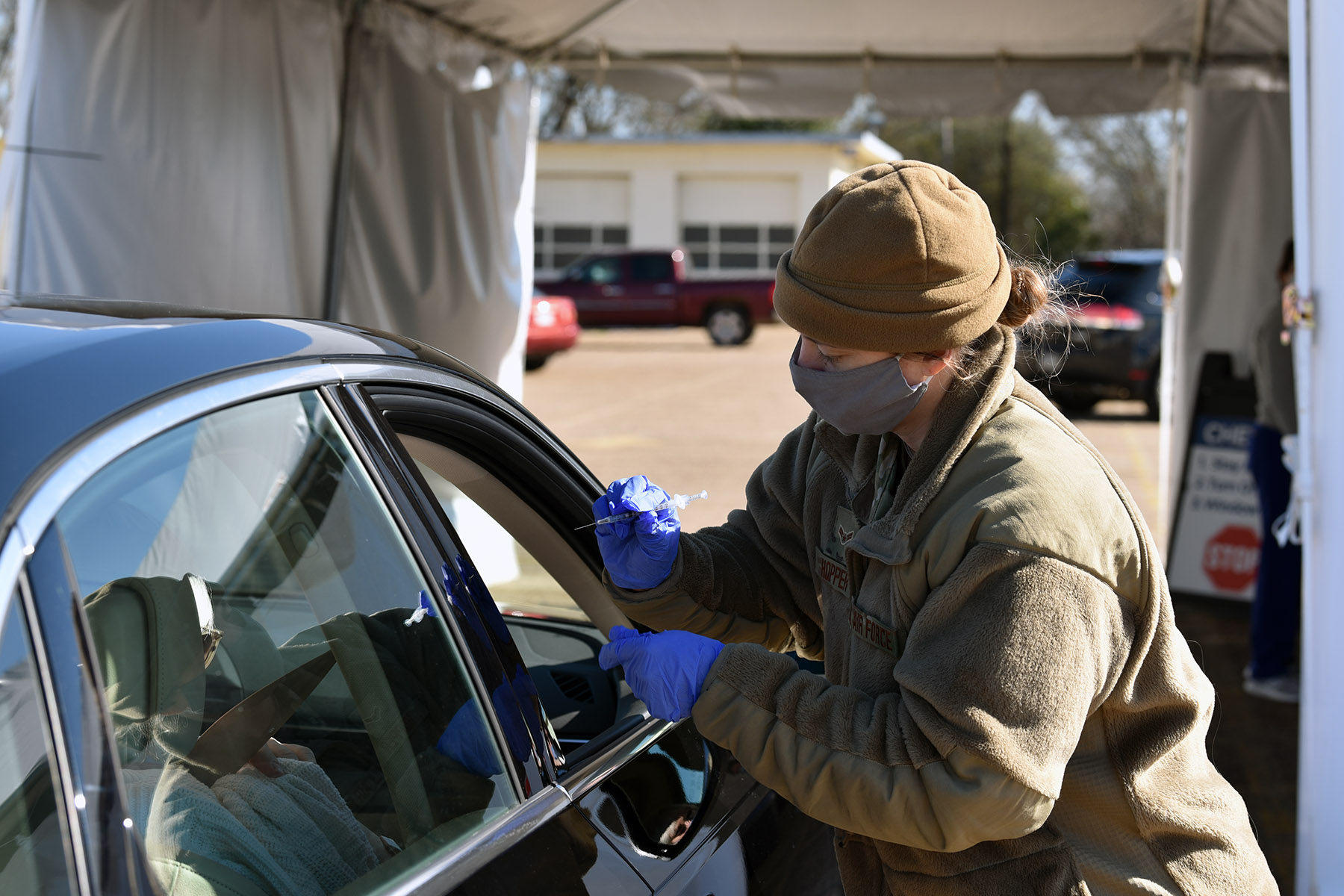 Overall more than 6.7 million meals were distributed, along with 7.9 million liters of water, 1.3 million bags of ice and 310,245 tarps. A LANG floating bridge assisted in the crossing of 30,710 vehicles. LANG engineers emplaced 1,689 super sacks to fight flooding, assessed 5,314 miles of road and cleared 2,946 miles of road in 20 parishes. The LANG ultimately rescued 397 citizens and 65 pets.

Throughout all of this, more than 800 Louisiana Guardsmen continue to support COVID-19 testing and vaccination sites across the state. To date, the LANG has vaccinated 192,596 and tested 498,122 personnel throughout the state, packaged 41,685,551 pounds of food and delivered 99,530 vaccine vials. 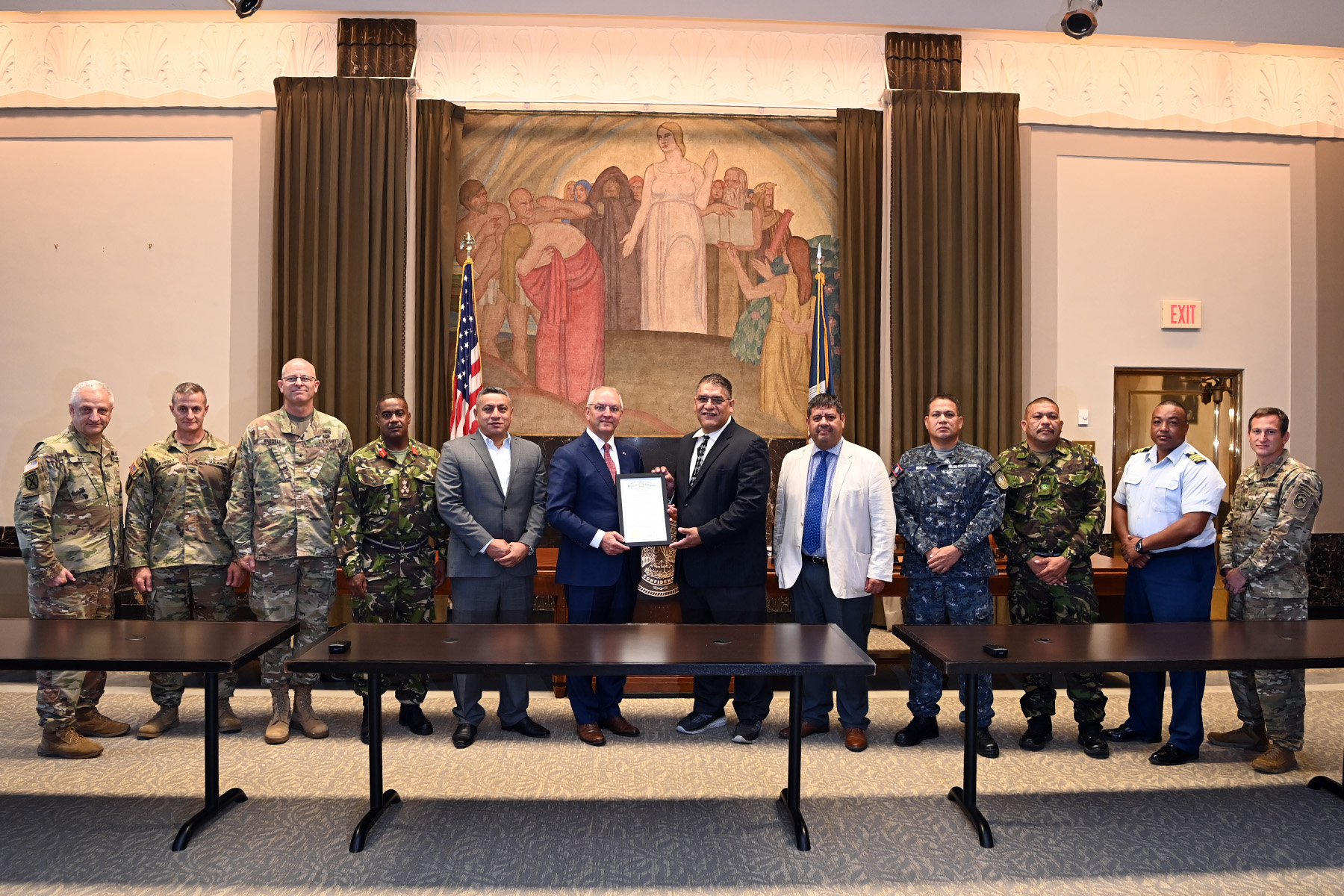 “The LANG is integral to our partnership in making this successful,” said Dr. John Vanchiere, chief of Pediatric Infectious Diseases at LSU Health-Shreveport and the director of Community Outreach for Testing and Vaccination Program.

LANG also remained committed to responding to cyber-attacks throughout the state in 2021. In partnership with the Office of Technology Services and the Louisiana State Police, LANG responded to 12 cyber threats that impacted 69 entities within the state, parish and local agencies.

In spite of deployments and emergency response operations, the LANG is dedicated to sustaining readiness and promoting esprit de corps throughout the organization. Some of the highlights included: the Best Warrior Competition, the 25th anniversary of the State Partnership Program (SPP) with Belize, the 10th anniversary of the SPP with Haiti, the Child and Youth Program’s military kid’s camp, annual disaster response training and the annual Christmas Tree Drop with U.S. Fish and Wildlife Service at Bayou Sauvage National Wildlife Refuge in New Orleans East.

At the end of the year, the LANG held two groundbreaking ceremonies at Camp Beauregard in Pineville. One for a new readiness center 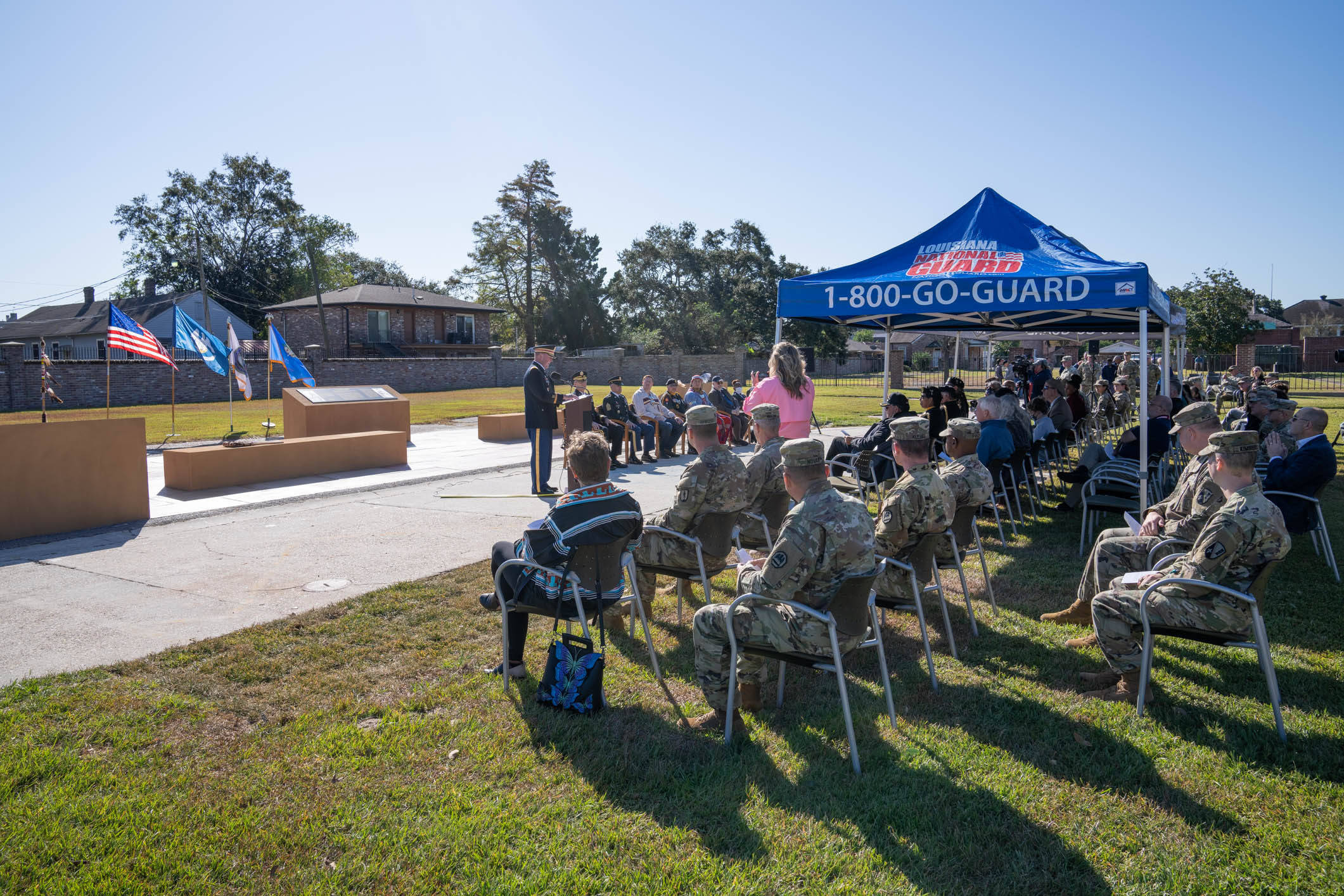 that will house two units and another for the future site of a multi-million dollar military housing project. At Jackson Barracks in New Orleans, a memorial greenspace ceremony was held to honor the Native Americans, soldiers, civilians and enslaved people who lived, served and died there.

“I am proud of the great work the men and women of the Louisiana National Guard have done this year,” said Maj. Gen. Keith Waddell, adjutant general of the LANG. “From administering COVID vaccines to responding to Hurricane Ida and mobilizing in defense of our nation, our service members truly amaze me, and I am appreciative of their service.”

The LANG also had a multitude of promotions throughout the year. Both Maj. Gen. Waddell, and Maj. Gen. Lee Hopkins, assistant adjutant general, were promoted and pinned with their second stars.

Overall, this has been another extraordinary year for the LANG.